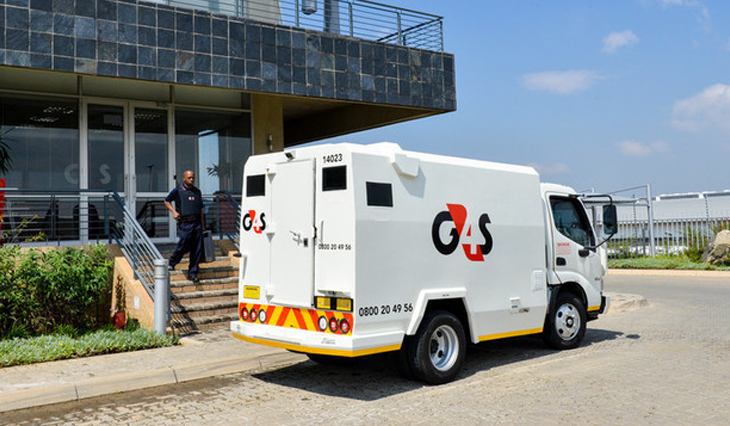 Sources close to investigations of the recent cash in transit (CIT) heists and armed robberies or foiled attempts of such crimes by the police say their intelligence leads to South Africa where the notorious mastermind of bombing CIT vehicles is based.

Thato ‘Bomber” Gaopatwe is said to be the one masterminding a syndicate of armed robbers targeting CIT and this web of criminals is said to be an organized coordination between Botswana, South Africa and Zimbabwe.

Gaopatwe is currently serving jail time in South Africa for his involvement in several heists in that country.

“These crimes, their planning, emanates from prisons in South Africa and there is an organized syndicate which has been targeting Botswana where the security companies that guard CIT cars are mostly unarmed,” a police source said.

Both top police officials in Botswana, the North Central Divisional Commander Christopher Mbulawa and Deputy Commissioner Dipheko Motube confirmed that investigations lead the BPS to South Africa. They would not share anything on the investigations as they say it is still early.

But sources have already gained intelligence information from Interpol on Gaopatwe, and others with names like “Senior” from Metsimotlhabe and “Gucciman” of Mmadinare, are believed to also be serving time in a South African jail.

Gaopatwe and his alleged gang members were part of a five-man gang that robbed a G4S CIT car of R200million in broad daylight in Boksburg in2018.

They are currently serving jail time for attempted murder, malicious damage to property, possession of firearms, ammunition and explosives and robbery with aggravating circumstances.

The gang was also mentioned in the South African media connected to the arrest of the media-coined heist kingpin Wellington “Bibi” Cenenda who is said to have been involved in 23 cash heists amounting to an estimated P46 million.

Gaopatwe and others who were arrested with him for the Boksburg heist were believed to be Cenenda’s lieutenants. Cenenda and Gaopatwe and other gang members were all arrested in 2018, much to the jubilation of the South African police who even professed at that time that heists will end.

Gaopatwe, who is known as “Bomber” for his expertise in bombing of CIT cars and ATMs, and others were also mentioned in the media after South Africa parliament discussed the prevalence of brazen armed CIT heists in the country in 2018.

In Botswana, this year, the CIT heists and armed robberies were becoming fashionable.

A former prisoner who escaped from police custody in Botswana and recently handed himself to the authorities in this country met with this publication and in a brief interview claimed that he has “contacts” with South African criminals and prisoners and is helping BPS.

He could not divulge more but says he believes Batswana prisoners and other SA criminals are behind guns used in the robberies and the information on how to carry out heists in this country.

Another former inmate who was released recently from Gaborone Maximum Prison believes it is possible that some prisoners can plan and execute crimes from inside the prison walls.

“We used mobile phones and we worked well with the officials. A small mobile phone is expensive in prison and can cost P1000.00 but prisoners afford it. There are more rich prisoners there inside prison and they are living fine,” the ex-inmate revealed.

In October this year Minister of Justice, Security and Defence Kagiso Mmusi told journalists that over P13 million in cash has been stolen in the spate of recent CIT robberies.

In a recent interview with Ink Centre for Investigative Journalism Mmusi acknowledged the decline in heists and attributed the development to BPS escorting CIT companies, which he described as “reinforcement”.

Mbulawa told this publication that the BPS is very good with handling robberies hence their decline and the more suspects being arrested lately.

Asked about the intelligence from South Africa that was intercepted by this publication, Mmusi said he is never a part of investigations and allows the gathering of information to be with the police.

Police Spokesperson Motube told this publication that they are still figuring out the problem and it is still early to tell who the masterminds are but they have caught Batswana, South African and Zimbabweans who will help in the investigations.

In South Africa nothing on Gaopatwe has been forthcoming as SAPS referred us to Hawks who sent us to the Department of Correctional Services (DCS) who had much trouble in locating the suspects in their prisons.

Hawks spokesperson Brigadier Thandi Mbambo said they are not yet investigating any syndicate in connection with heists in Botswana. She sent us to Interpol who sent us to SAPS.

“We can check if the person(s) is in our system, but we will not know if this person is the mastermind behind heists taking place in Botswana. We do not do investigations,” DCS spokesperson Singabakho Nxumalo, said before referring us to Hawks who do investigations.

Nxumalo has never fulfilled the promise of updating us on any inmate of the names we gave him before going to press.