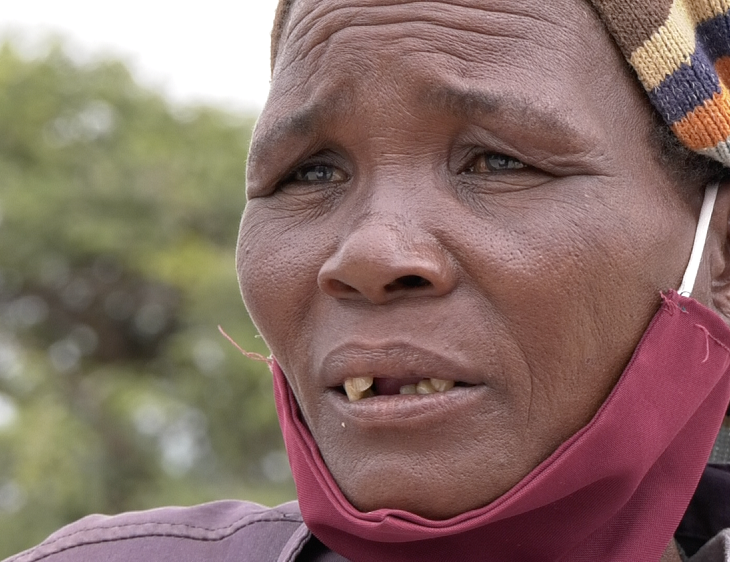 The muffled cry of a mother who lost her son

For Kebafilemang Mpifelang December 17, 2020 is a day she will never forget. The mother of three fights back tears as she describes how her son and nephew disappeared under her care in Mmatshumu, a tiny San village situated 55km from Letlhakane, the headquarters of Boteti sub-District.

But it is the manner of the children’s disappearance that raises more questions than answers, leaving Mpifelang restless as she struggles to decipher what might have happened. This comes against the backdrop of escalating cases of missing persons in this area in the recent past, raising suspicions among members of the community that ritual murderers are heavily on the prowl. Ritual killings are known to be a form of human trafficking where victims are forced or coerced into practices that lead to body mutilation and organ removal to produce so-called traditional medicines. But many in the Mmatshumu community are unaware that disappearances linked to ritual killings are also cases of human trafficking.

It has been three months since Mpifelang’s 12-year-old son, Goitseone Mpifelang and his five-year-old cousin Topo Mpifelang disappeared. Topo is as much of a son to the devastated mother as Goitseone.

“I was tending to [the] goats while the children were playing nearby,” she recalls. “When the rain started I went to check on them and they had vanished.”

To date, any prospects of finding the children have amounted to naught. Her worst fear is that the children might be victims of ritual murder.

Mpifelang says she finds it strange for the boys to have wandered away from home when it started raining. “The natural thing for children when it starts to rain is to run towards the home, not away from it,” she states. Given the frequency of reported cases of missing persons in Mpifelang’s area, she cannot help but fear for the worst.

So far, four people have gone missing mysteriously without a trace in the past two months nearby Rakops, Letlhakane and Mmatshumu. “I was admitted in hospital and treated for depression for two weeks after my children disappeared. These are the darkest days of my life,” says Mpifelang, as she tries in vain to hold back her emotions.

The disappearances of people under mysterious circumstances in Boteti is something of a hidden crisis in the diamond-rich region in central Botswana. Apart from the latest cases, many other people have disappeared many years ago and were never found. Those found were already dead, sometimes with their bodies dismembered. Worse, the Penal Code does not recognise witchcraft, making it difficult for the police to pursue suspicions around ritual killings.

The twin evils of abject poverty and unemployment in Boteti have over time made children in Mmatshumu and surrounding villages vulnerable to traffickers. Children can easily get snatched away by strangers as they walk the distance without adult supervision to Letlhakane and Orapa to scavenge the dumpsters. “We never have enough to go around, so children from Mmatshumu go to find food daily, but they always come back before dark. My children could have never braved the rain in this particular instance,” says Mpifelang.

The 33-year-old unemployed single mother depends on doing odd jobs at nearby cattle posts. And the money she makes is far from enough to sustain her family.

The recent discovery in Rakops of the mutilated body of a 22-year-old man who is an alleged victim to a ritual murder has caused the Mpifelang family more sleepless nights. “I am afraid that is where my children have gone. The rumours that ritual killers are active in our village are very real,” says a distraught Mpifelang, whose pain is a familiar experience for Boteti community whose members have in the past either been found murdered or disappeared mysteriously without a trace from time to time.

The mutilated Rakops man is only a tip of the iceberg to some of the devilish cultural problems that the community is grappling with. More often than not, the crimes evade the spotlight because they are largely unreported or recorded merely as murder. Ritualists normally target vulnerable members of society such as the poor, women, children, people with disabilities and albinos whose families often do not have the resources to demand justice.

Mpifelang has now lost faith in the police and was never satisfied with their efforts to search for her missing boys. “The police only showed up to help us two days after the boys went missing. The search was only carried out for a couple of days and then called off. Since then we have not heard anything from the police,” she adds.

Asked why it took days to assist the family of the missing boys, Assistant Station Commander at Letlhakane Police Station, Tsholofelo Masupo, said the report itself came in late. “I would not blame the family for reporting late as it was a rainy week and they had to walk the distance. The communities in this area are poor; they do not have cars and mobile phones. They are never able to report anything on time and therefore are always assisted even later,” said Masupo.

Masupo admitted, though, that the first 48 hours are the most critical in the search of any missing person.

The above cases are not isolated. Slightly over three weeks after the Mpifelang boys went missing, another family in Thabala near Serowe had a bad start to their year. Their son Obakeng Badubi never made it to work at Rakops Primary Hospital after the Christmas holidays. The 37-year-old revenue collector was last seen in Letlhakane on January 4th. He was expected at his work place the next day. To this day details around the hours leading to his disappearance remain sketchy to both police and his family. “The timeline of events leading to Badubi’s disappearance continues to raise more questions than answers,” said Masupo.

Meanwhile, in Letlhakane, Galekgatlhege Keboletswe says she is also finding it hard to deal with growing up without her father Tiro Keboletswe who disappeared in March 2008 when she was just two years old. “His body was discovered a month later with his intestines gutted out and no limbs. The police later dismissed it as a probable fatal encounter with wild animals and closed the case with no further investigations,” Keboletswe states, adding: “He was taken away from me when I was just a toddler. I feel robbed.”