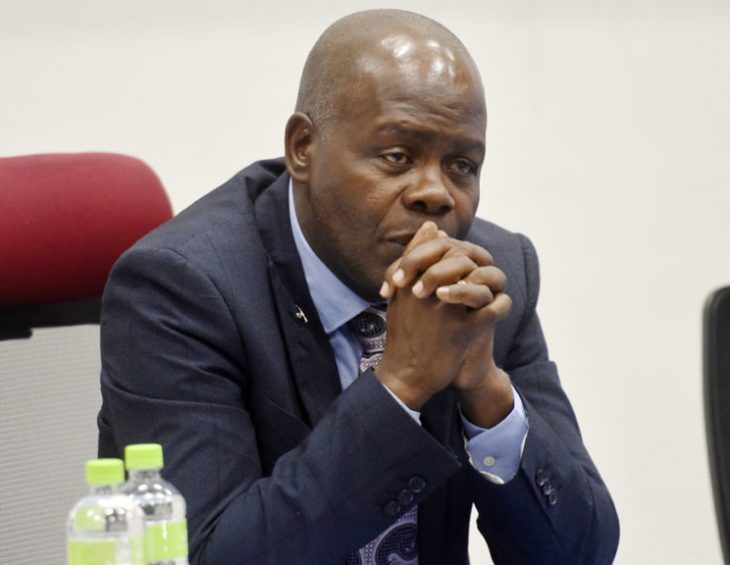 Three Botswana teenagers allege were shot at – and one was hit in the leg and the side – after they unwittingly parked outside the home of Peter Fana Magosi, the head of the country’s feared spy agency, the Directorate of Intelligence and Security Services (DIS).

Describing his ordeal to the INK Centre for Investigative Journalism, Mompati Mosalakatane (16), said he was detained and interrogated for hours at a police station about his supposed links with the former DIS boss, Isaac Kgosi.

INK has seen the medical report on Mosalakatane who alleged that he was nursing gunshot wounds when he was interrogated. The records state that he “sustained gunshot injuries on the right side of the rib and thigh”, but do not identify who did the shooting.

Mosalakatane’s mother, Boitumelo Mosalakatane, told INK that more than a year after the incident, in January 2019, no action has been taken against Magosi’s bodyguards, who allegedly fired the shots.

The boys, aged between 15 and 17, admitted they were illegally driving a car around Gaborone when they stopped a few metres away from a heavily guarded house in Block 8. They said they did not know that the house belonged to Magosi

When one of them got out of the car he was approached by armed men who demanded that he produce a driver’s licence. In a panic, the boy, who was not a licensed driver, jumped into the car and tried to speed off.

He said the men opened fire, hitting Mosalakatane. After fleeing, his friends dropped him at his house. Mosalatakane alleged he was later detained for a night and interrogated at Sir Seretse Khama Police Station.

Rumors subsequently spread that intelligence officers had foiled an attempt by three men, acting on Kgosi’s orders, to gain access to Magosi’s house.

The alleged incident occurred in January, two days after Kgosi was arrested when returning from an overseas trip at Sir Seretse Khama International Airport. Magosi was one of the arresting officers.

In an impromptu press conference, Magosi did not rule out the possibility that the shooting incident was linked to the arrest of his predecessor.

The DIS later claimed in the Botswana media that the boys, presented as men, posed a danger to Magosi’s life.

However, the boys told INK that they had no connection with Kgosi and were not trying to gain access to Magosi’s house.

A year after the incident, Mosalakatane said he has not fully recovered, either physically or emotionally.

“I am constantly in pain. I have had X-rays and have been told that I haven’t fractured any bones, but the pain remains unbearable. It gets worse when I play soccer,” he said.

He said he also suffers from recurrent panic attacks.

Mosalakatane said DIS officers have visited his home to see how he is recovering. However, his mother asked them not to visit again because they were causing him more panic attacks.

Mosalakatane’s family wants answers from the police and the DIS about the alleged shooting incident, but said they have received no explanation. His mother, Boitumelo Mosalakatane, has vowed that she will not rest until he receives justice over his injuries.

She told INK that as an unemployed mother, she could not afford legal representation and had sought the services of the University of Botswana’s legal clinic.

“If I had resources, I would engage lawyers to take the government to task and to seek justice on our behalf. I am not happy that my son was shot and dumped here without any explanation,” she said.

Mosalakatane has also approached the Botswana Network on Ethics, Law and HIV/Aids in the hope of suing the DIS.

Contacted for comment, Magosi responded that the matter had been handed over to the police but would say nothing more.

Senior Botswana Police Superintendent Agreement Mapeo told INK that the issue is sensitive. “I will have to investigate because the incident happened when I was not working here,” Mapeo added.