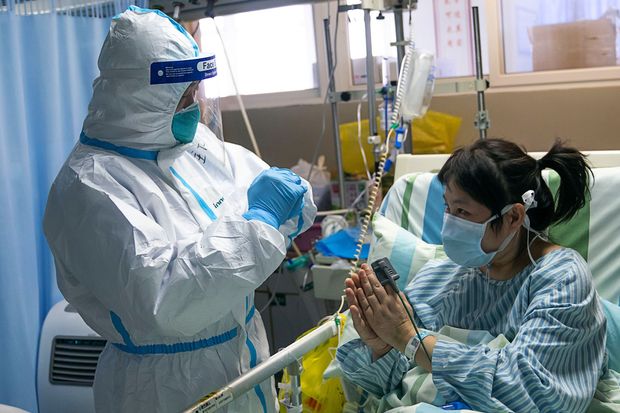 Botswana may be dangerously unprepared and incapable of wadding off the deadly coronavirus if an outbreak reaches the country.

Botswana may be dangerously unprepared and incapable of wadding off the deadly coronavirus if an outbreak reaches the country.

Currently primary tests conducted after five people where quarantined in Gaborone are negative as the virus continues to spread throughout the world.

Last week, the World Health Organisation declared the virus a global emergency after a month of panic as the virus continued to spread from China to other countries.

While governments have stationed health officials at their airports to check for passengers showing signs of the disease, there is a consensus among health experts that most developing countries are ill-equipped to combat the virus.

To Africa’s dismay, WHO Chief Tedros Adhanom Ghebreyesus said that they were more concerned about countries that are poor and ill-equipped to deal with such a deadly virus. “Our greatest concern is the potential for the virus to spread to countries with weaker health systems,” he said.

By Monday, Botswana was among three African countries (Kenya and Ethiopia) that reported suspected cases of coronavirus. Ethiopia and Kenya recorded negative for the suspected cases.

Since last week, Botswana has registered five suspected cases of the deadly virus. The first person showing symptoms of the coronavirus was detained and quarantined arriving from China aboard Ethiopian Airways. The results of the suspected person are yet to be made public.

The other African country that has since declared a suspected case negative is Ivory Coast. Botswana Ministry of Health and Wellness says samples from five suspected Coronavirus cases have not yet returned from the South African labs that are running tests on them. Delayed updates on the results has created a fertile ground for misinformation.

This has since caused panic especially on social media as the public expresses its fear that the virus might have spread, as people continue to arrive from affected countries. Botswana has not imposed a travel ban on China.

“The public is advised that unessential travel to corona virus affected countries should be avoided,” advised minister of health Lemogang Kwape on his statement to parliament yesterday. He assured the public that Botswana is prepared to avert the virus.

The ministry also dispelled social media posts that a Chinese suspected to have coronavirus symptoms has been isolated at Ntshe Clinic in Francistown.

Some health officials who commented anonymously revealed that, while the country is doing much better to prepare for the outbreak as compared to the time of the Ebola outbreak, there is still more that should be done as the ministry still relies on outside assistance from countries like South Africa. “Right now we are relying on South Arica to do tests because we lack the expertise and resources to do so.”

Country Manager for the World Health Organisation, Moagi Gaborone declined to comment on reports that Botswana might be one of the African countries not as well equipped as they should be to avert the deadly virus.

“All I can say is that we are working closely with the ministry to ensure preparedness. Whether we are completely ready in case of a confirmed case is a question that you should ask the ministry,” he said.

Director of the Global Health Policy Center at the Center for Strategic and International Studies in Washington, Stephen Morrison said the disease risked taking root if it reaches certain African countries. He warned that such a scenario could usher in a global pandemic.

On Tuesday a Cameroonian student became the first African known to have contracted the deadly coronavirus in China. Yangtez University, where he studies confirmed in a statement that the 21-year-old was being treated in hospital in southern Jingzhou city. He was reported to have contacted the virus while visiting the city of Wuhan in China’s Hubei province. Wuhan is the epicentre of the outbreak which has affected thousands within and outside China so far.

Kenya Airways, RwandAir, Air Madagascar, Air Mauritius and Royal Air Maroc have joined most international airliners in suspending flights to and from China, as a precautionary measure against the spread of coronavirus.

Botswana has hundreds of nationals studying or working in China but there has not been any word to suspend the travel from China as yet. The death toll from the coronavirus outbreak has now risen to 490. The new figures from China’s Health Commission on Wednesday showed that 65 people died on Tuesday and that 3,887 more people had been infected. So far, 24,324 people are known to have been infected.