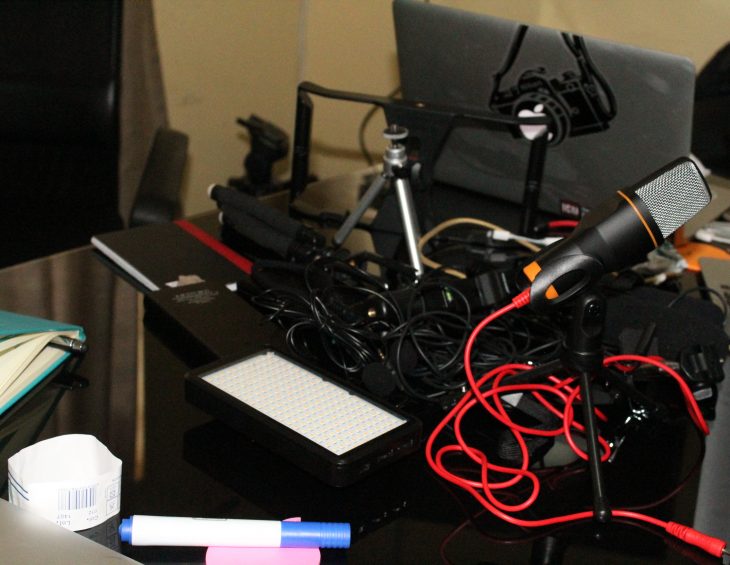 Want to Change How Investigative Journalism is Done in Africa? Here are 14 Recommendations

The question now is, what are the motivating factors behind the proliferation of these organizations on the continent? Who is funding them and how? Are these organizations making an impact in Africa? Over a period of six months, during my fellowship at the Reuters Institute for the Study of Journalism at the University of Oxford, I studied these organizations and found that, at a time when traditional media organizations in Africa are increasingly failing to hold power to account, it is the nonprofit organizations that are coming to the party, setting an agenda and scrutinizing those in power more than ever before.

Although I studied a dozen other nonprofit investigative journalism organizations in Africa, my focus was mainly on those three.

After studying them, I put together 14 recommendations to help nonprofit investigative journalism in Africa thrive, defended and protected by both donor organizations and nonprofit organizations. This is essential to ensure that these vulnerable organizations continue to hold power to account and also to serve the public effectively.

A major problem for investigative journalism in Africa is the lack of financial backing and seed stage funding.

With the exception of organizations such as amaBhungane in South Africa, almost all nonprofit journalism organizations rely on foreign donors for survival. Relying solely on international donor organizations may be problematic in the long run. Simply put, this is not sustainable.

Are donors in it for the long haul? International grant-making organizations supporting investigative journalism in Africa should consider multi-year funding. According to amaBhungane’s Stefaans Brümmer, this will reduce the administrative burden on both sides and will also give greater insulation from what can be called “passive editorial interference” when funders don’t replicate funding if they don’t like the editorial line a grantee has taken. Secondly, it allows grantees to put in place long-term strategic goals for the organizations. Nonprofits need an unwavering commitment from the donors to commit to serving the public.

Investigative journalism media should consider a grassroots funding model or putting up paywalls to encourage citizens to support their work.

It is unhealthy and dangerous to have one donor contributing more than 50 percent of an organization’s annual budget. Organizations should diversify donors and ensure that at least one donor contributes less than 10 percent to their annual budget. Of course, it is difficult, but it can be done. This is important to allow the organization’s program to continue in the event that one funder pulls out. Having more donors will also give organizations a fair level of independence from the donors themselves.

Build up a Grassroots Funding Model

What are you waiting for? Let the public fund your work. While this may not be attractive to some organizations (see the full study for reasons), it is important that nonprofits encourage citizens to support investigative journalism by making regular monetary contributions. AmaBhungane received around 19 percent of its annual funding from crowdfunding in 2017 alone. Other organizations can replicate this. This model may not provide enough funding to the organizations, but it remains important and at times more efficient than traditional fundraising activities.

Put up That Porous Paywall

This is controversial. Most nonprofit investigative journalism organizations shun the idea of a paywall and would prefer to give away content for free. However, the reality is that nonprofits spend lots of money producing top-grade investigative stories, only to receive no monetary benefits from their work. Readers should be made to either pay or subscribe to have access to at least certain investigative stories and certain times. Also, nonprofit organizations should find innovative ways to generate revenue apart from donors.

Fundraising is important for the survival of nonprofits. But it is tough, and depressing at times. Nonprofits in Africa should engage professional fundraisers to handle their fundraising activities. Fundraising in most organizations in Africa is handled by journalists who are, in most cases, unqualified to enter into the fundraising terrain.

Investigative Journalists are not Managers

Create an Endowment Fund for the Continent

“With six journalists, amaBhungane was able to produce groundbreaking investigative work that helped to take down a sitting president.”

African nonprofit investigative journalism organizations should collaborate more to hold those in power accountable. International journalism organizations like the International Consortium of Investigative Journalism (ICIJ) have done much to foster the spirit of collaboration among African journalists. In particular, ICIJ has worked well with African journalists on projects such as Fatal Extraction, Panama Papers and the Paradise Papers projects that looked at illicit financial flows. To augment this, there is a need for internal homegrown collaborative efforts on issues such as poaching, human trafficking, terrorism, the refugee crisis and many others.

Most high-quality investigative stories by organizations in Africa reviewed in this study were not appealing to the ordinary person on the street. The public find them too long, complicated, convoluted to comprehend and at times abstract. Organizations should consider ways of breaking down long stories into shorter stories that are easier to understand. They can do this through audiovisuals, graphics, cartoons and even comedy.

High-quality investigative stories by African media can be convoluted and unappealing to the public; stories need to be packaged better.

Nonprofits work closely with other organizations such as newspapers, TV and radio stations, in addition to regular social media. INK, amaBhungane and other nonprofit organizations have memorandums of agreement with news organizations to provide them with content. This is not sustainable because newspapers are no longer setting the agenda due to a decline in circulation.

Besides, these legacy media organizations are not willing to pay for content. Nigeria’s Premium Times has demonstrated that it is possible to publish content online, build a loyal base and create lasting impact. Nonprofits should take all their content online and not share it with newspapers in order to build their own bases.

Keep it Small, but Efficient

Nonprofits are not meant to be big organizations because they operate on a shoestring budget. While this may appear to be a major disadvantage, smaller organizations are easy to manage. A fully fledged investigative center should not have more than 10 editorial staff. With six journalists amaBhungane has been able to produce groundbreaking investigative work that eventually helped to take down a sitting president.

Stay on the Story — We Don’t Trade in Scoops

Scoops are the currency of mainstream journalism, not investigative journalism. Investigative reporters are journalists, and often times there is a temptation to follow the story of the day and compete with the mainstream media. This study recommends that it is important for nonprofits to leave breaking stories to those in the business of trading in scoops and focus on connecting the dots and holding those in power to account. This is important not only because it builds credibility but saves time and costs as well.