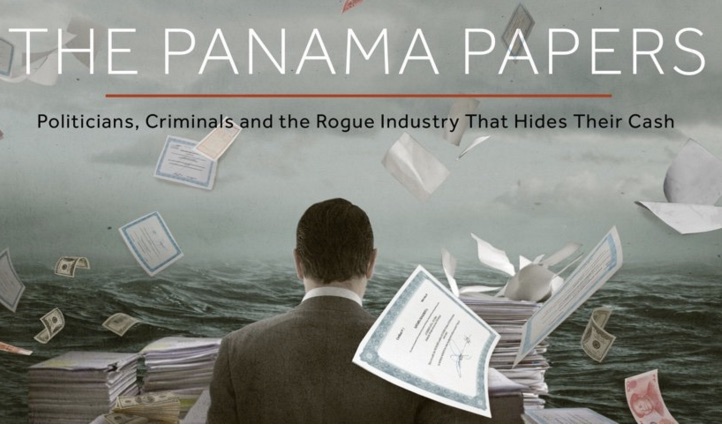 How Botswana company solidified ties with a discredited law firm

In April 2016, the world reacted with shock following a global investigation which revealed how a Panamanian law firm Mossack Fonassisted world leaders, convicted criminals, criminal syndicates, and politically connected individuals to hide their money in offshore havens, far from scrutiny. In Botswana, one company chose to ignore the outrage

In the wake of the Panama Papers expose, the Central Business District-based, Dölberg Fiduciary Botswana, (formally known Turnstone Corporate Botswana) brazenly solidified its connections with the discredited law firm by using it to channel money offshore and registering companies in jurisdictions believed to be tax havens. This is revealed in a new leak by International Consortium of Investigative Journalism and Süddeutsche Zeitung and shared with INK Centre.

Documents show that by the time the Panama Papers were published, Turnstone Corporate Botswana had used the law firm to channel funds to various tax havens around the world.  Turnstone was incorporated in Botswana on August 16, 2011, and later changed its name to Dölberg Fiduciary Botswana on October 18, 2016, six months after the first Panama Papers stories were published. The name may have changed, but not the company’s modus operandi as it continued with Mossack Fonseca as its agent in several of its significant dealings.

A few months after registering Dölberg Fiduciary Botswana, the company moved to register a holding company in Seychelles, and Mossack Fonseca was available to assist. On March 2, 2017, Dölberg trust administrator Ipeleng Matheo wrote to MF seeking their assistance with setting up an offshore company.

“Could you kindly assist with reserving a name for me for a Dolberg Seychelles company. This company needs to be set up as soon as possible (sic),” wrote Ipeleng. The company, Dölberg Wealth International Limited was incorporated in Seychelles on May 2, 2017, and according to an email from Matheo to MF; the company is purely a “holding company with shares in the Botswana entities.” Vote of confidence in MF

The emails show that in 2015 Turnstone Corporate Botswana (now Dölberg Fiduciary Botswana) used another firm, Overseas Management Company, to register a property company, Tamayo Properties Corp in Seychelles. According to the company’s certificate of incumbency, Turnstone was both director and major shareholder in the company. The authorized capital of the company was $100 000 divided into 100 000 shares with par value of $1.

In a sign of confidence in the controversial and discredited law firm, in January 2017, Dölberg Fiduciary Botswana dumped Overseas Management Company as registered agents in favor of Mossack Fonseca. “We the undersigned, Dölberg Fiduciary (Botswana) (Proprietary) Limited, being the sole director of the Company, do hereby set down the following on record: That the Registered Agent of the Company be changed to MOSSACK FONSECA & CO. (SEYCHELLES) LIMITED… (sic),” read a resolution passed by Basil Leslie Forssman on behalf of Dölberg Fiduciary Botswana.

Vehicle to a tax haven

Dölberg Fiduciary (Botswana) helped companies both in Botswana and outside the country, to channel their money offshore through the help of Mossack Fonseca. Hundreds of emails communications studied by INK Centre for Investigative Journalism shows that as a fiduciary company, it not only assisted companies to register offshore operations, they held directorship and shares for wealthy businesspersons. For example, on May 26, 2017, the company assisted Eurasaf Trading Limited to incorporate in Seychelles and held directorship on behalf of shareholders Jodian and Cicero Trusts. The company invested ‘business profits’ from ‘import and export of products to and from South Africa’. We worked with MF Seyches, not MF Panama – Garland

READ MORE: I serve Botswana to the fullest of my abilities

He also says the company has stopped working with Mossack Fonseca altogether. Defending the earlier connection between Dölberg and Mossack Fonseca, Garland noted in a statement that, “Dölberg is a family advisory business and not a law firm, we require service providers to render services, should a client require for example a company to be established (sic). The clients of Dölberg invests globally and often require companies for such investments.”