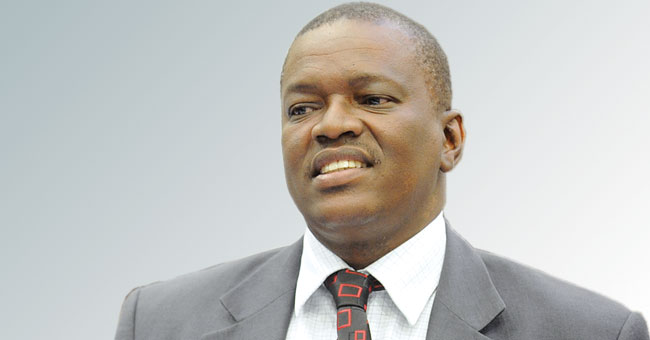 Who is Mokgweetsi Masisi?

This is because the electorate has become fatigued by Khama, his hard-line policies and his cronyism, and will welcome a leadership change.

Khama, who is constitutionally precluded from running again after two consecutive five-year terms, gave way to Masisi on April 1.

There has been little adverse publicity about the latter’s assumption of the top job, and many agree that with the required political will, the 56-year-old could reverse Khama’s authoritarian policy legacy, which includes a controversial amendment to the liquor laws banning home sales of the traditional brew, chibuku.

But he appears to lack strong support within the ruling party and faces stiff opposition from the faction led by infrastructure minister Nonofho Molefhi, whom he defeated in the race for party chairpersonship late last year. This is likely to make him proceed cautiously.

He inherits an ailing economy, which is starting to pay the price for its overreliance on diamond mining. Growth had slowed to an annual rate of 1.8% by September last year, weighed down by the closure of the state-owned BCL copper/nickel mine in October 2016.

Rating agency Moody’s maintained the A2 rate it gave Botswana in 2016, citing its unstable outlook. A fifth of the country’s two million people live on less than $2 a day, and the ranks of the young and embittered are swelling.

Other issues are the state of Masisi’s own party, which is increasingly ensnared in corruption, despite Botswana’s lofty position in Transparency International’s Corruption Perception Index of African governments, and weak oversight of government spending.

Economist Keith Jefferies has ascribed the recent scandal over the diversion of millions of pula from the National Petroleum Fund to the poor regulatory framework for public finances.

Upper-class
Much like Khama, the son of Botswana’s first president, Sir Seretse Khama, Masisi is the scion of an upper-class political dynasty. His father, Sethomo Edison Masisi, was an MP and cabinet minister in Seretse Khama’s government, while his late brother, Tshelang Masisi, was the long-time MP for Francistown West. His third brother is a retired army general.

Masisi spent much of his youth reading and cultivating his debating skills, according to a family friend, Orefithetse Masire. He attended two elite private schools in the suburbs of Gaborone, Thornhill Primary School and Maru-a-Pula, where he took an interest in the performing arts and tennis.

He quickly outgrew his peers and would advise Masire and Phadi, his sister – especially when they started showing an interest in boys. “When we started dating, he was protective,” Masire told the INK Centre for Investigative Journalism.

After graduating from a college of education on the outskirts of Gaborone, he started teaching English and history in his village of Moshupa in 1984. He was transferred to the ministry of education and worked as an educationist, developing the curriculum for social studies. He obtained a master’s degree in education from Florida State University, according to the government website, and worked briefly for Unicef.

After becoming an MP in late 2009, Masisi rose quickly through BDP ranks, first becoming an assistant minister and later a full minister. He has twice won the BDP chairmanship and took over as vice-president from the intimidatingly intellectual Ponatshego Kedikilwe in 2014.

Despite his elitist background and his party seniority, Masisi is seen as relatively weak and vulnerable by political observers, who say his Achilles heel is that it is not clear what he stands for and that he is over-reliant on other, sometimes younger, members of the BDP.

The party’s 42-year-old secretary general, Mpho Balopi, is an important member of his inner circle.

Masisi has maintained a worrying silence about spreading corruption within government. And he and other close confidants appear hostile to the independent media.

In the build-up to the 2014 general elections, for example, he was reported as having told a closed party meeting that the press, especially “the big five” (Mmegi, Botswana Guardian, Midweek Sun, The Monitor and Gabz FM), needed to be severely punished. He has never disputed the report.

Fiscal reform
Jefferies, a former deputy governor of Botswana’s central bank, narrows Masisi’s priorities down to three. First, he says, the new president must prioritise a clean-up of public finances, dealing with the “proliferation of off-budget special funds” and curbing corruption.

“The quality of public finance management has deteriorated over many years, with poor spending decisions and an increasing level of waste and inefficiency,” said Jefferies in his December 2017 quarterly economic review.

He refers to the ongoing money laundering scandal in which fingers have been pointed at the BDP, Masisi, Khama and his close ally, intelligence boss Isaac Kgosi.

When he was president between 1998 and 2008, Festus Mogae reinvested the national surplus in infrastructure and education. Now the economy is failing to pick up the slack after mine closures on the back of a rolling deficit and weak business confidence.

Khama’s government has been accused of wasteful spending and a pervasive culture of impunity among high-ranking politicians and civil servants – and particularly his allies. The recent $2-billion arms purchase, a large slice of which will go on state-of-the-art Gripen fighter jets from the Swedish manufacturer Saab, is seen as a prime example of the unproductive use of government resources.

The second priority, Jefferies says, must be to promote economic openness, embrace foreign investors and deal with protectionist trends. He argues that inward-looking policies focusing on the small domestic market cannot address unemployment, which stands at 40% among Botswana’s youth. Jefferies has called on Masisi’s advisers to come up with rational, evidence-based policies, rather than those driven by populism.

For private sector mouthpiece Business Botswana, the incoming president must open up doors for consultation with business people. Its leader, Gobusamang Keebine, complains that during Khama’s 10-year term, the private sector was relegated to “fixing potholes”, rather than being consulted on matters of the national economy.

“The economy has been going on a negative side over the last couple of years,” Keebine said.

Vulnerable
One of Masisi’s most alarming features is his heavy dependence on Kgosi, controversial head of the Directorate of Intelligence and Security Services. In part, says Tshireletso Motlogelwa, editor of Business Weekly & Review, this is because he is not one of Khama’s favourites and was not his first choice as successor, despite being deputy president.

“That makes him vulnerable,” said Motlogelwa, who added that Kgosi gave him a foothold in the alien world of intelligence.

Kgosi’s motive is plain – as Khama’s appointee, he is moving to ensure his political survival under the new president. “He is trying to assert his relevance.” Kgosi is facing two cases of corruption, one of which relates his confession to the Directorate of Corruption and Economic Crime that he accepted free shares from retail chain Choppies.

Masisi needs a more transparent judiciary, according to Joao Salbany, a constitutional lawyer based in South Africa. “He must move parliament to come up with an Act on judicial appointments,” Salbany said.

Vice-president
One of Masisi’s toughest political decisions will be his choice of vice president. Khama’s preference as his successor was for his younger brother Tshekedi Khama, but he knows that voters are tired of the Khama political dynasty. Botswana goes to the polls in the next general election in October 2019

His second choice was Eric Molale, the minister in the office of the president, who does not have a constituency and is, therefore, barred from becoming vice president. This allowed Masisi to sneak in as Khama’s unlikely deputy.

As a result, there are divisions in the ruling party. Masisi’s intimates insist his desire to unite the party is paramount. On this reading, the person most likely to be appointed vice president is minister of foreign affairs, Pelonomi Venson-Moitoi, the only credible veteran remaining in the BDP. Venson-Motoi is not a strong Masisi ally but insiders say the odds favour her. Others point to former police commissioner and current Labour and Home Affairs Minister Edwin Batshu, a staunch loyalist said to have the backing of the BDP’s powerful secretary general, Balopi.

Others say personal factors may play a role. They predict that Masisi will opt for Slumber Tsogwane, his friend and Botswana’s longest-serving MP – though with a thin political resumé.

The thinking within the BDP is that he will form a transitional cabinet to take the party to election.

Campaign manager
Masisi is closely allied with his campaign manager, Jeffery Sibisibi, which dates from when he approached the flamboyant Molepolole businessman to engineer his rise to BDP chairperson in December last year.

Sibisidi is seen by some as lacking sophistication, and as having his own political ambitions. Starting out as the sales representative of an insurance company, he rose to become chairperson of Getbucks Botswana, a multimillion-pula microfinance company registered in Mauritius, and of Escponent, an asset management registered in Luxembourg.

He did not offer an explanation of why these companies are registered in tax havens.

Another director of Getbucks is chief executive Marthinus de Kock, a South African. In February last year, during a Getbucks bond issue on the Botswana Stock Exchange, Masisi heaped praise on Sibisibi and de Kock, referring to them as “thought leaders”. He is also the most senior politician in the Kweneng District Council, where his critics say he fronts for Masisi.

“I’ve heard those rumours,” Sibisibi told the INK Centre for Investigative Journalism. “They’re not true. I don’t think Masisi would agree to that kind of set-up.”

Sibisidi revealed that the architects of Masisi’s well-funded campaign to retain the party chairmanship last year included businessmen Satar Data and Jagdish Shah, and party secretary general and businessman Balopi. He did not reveal what they each paid in sponsorships for the Masisi camp.