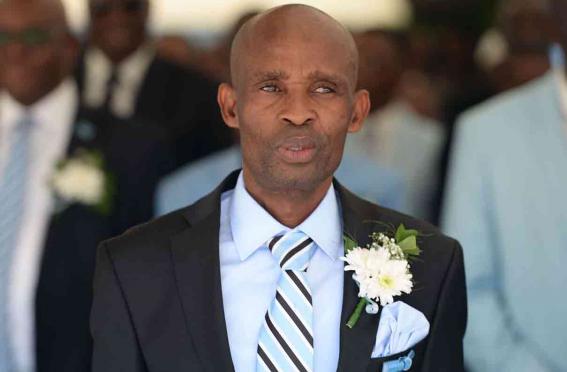 Minister Prince Maele is struggling to explain his role in fast tracking an application for change of land use by a company belonging to a controversial Malawi businessman, Simbi Phiri who is linked to corruption allegations.

Khato Civils, Simbi Phiri’s company, was allegedly favoured by Kgatleng Land Board after its application for change of land use from agricultural to commercial was rejected by Oodi sub Land Board. The application for change of use was initially rejected on the grounds that there was need for “orderly” and “coordinated planning” in the area before it could be developed.

Fresh revelations show that the Minister of Land Management, Water, Sanitation Services exerted influence on Kgatleng Land Board to overrule the decision by Oodi sub Land Board and expedite Khato Civils application.

INK Centre has established through documents and several sources that Khato Civils was granted change of land use to commercial development by Kgatleng Land Board just after Oodi Sub Land Board announced a blanket suspension of applications for change of land use for a period of six months. Khato Civil’s application fell into the category that was affected by the suspension. A letter seen and reviewed by INK Centre shows that on April 10, 2017, Khato Civils, together with two other companies, Quest Auto Engineering and Aaron Ramosako received letters indicating that their applications for change of land use in the area had not been successful and as a result they were advised to reapply after a period of six months. The decision, according to the sub Land Board, was reached at a special meeting of Oodi sub Land Board on March 23, 2017.

The letter which states: “After careful consideration of the application, and taking into consideration your submissions, the board resolved to defer the application for a period of six months in the interest of orderly development through coordinated planning of the area.” The companies were informed in an standardized identical letter from the Oodi Sub Land Board signed by certain G. Tshekonyane on behalf of the land board secretary.

Sources at the sub land board said, on grounds of anonymity that three representatives from the rejected companies walked out of the land board offices with long faces. But for Khato Civils, the disappointment vanished on the same day.

INK Centre has discovered that on the same day that they received their letter of deferral for 6 months, Khato Civils and Quest Auto Engineering were issued letters,now from the Landboard, stating that their change of land use applications were presented as recommendation for approval by the District Land Use Planning Unit (DLUPU) to the Kgatleng Land Board sitting of 20- 24 March, 2017 and were adopted.

“You are expected to liaise with the Council, Physical Planning Unit regarding any developments at your plot,” states the letters. The letter further states that Oodi Sub Land Board was expected to issue a land title reflecting the change of use. Quest Auto was not available for comment on the matter.

Khato Civils intends to construct a P500 million regional head office on the outskirts of Gaborone after acquiring a peace of land worth P3.4 million, according to media reports.

Khato Civils director in Botswana, Ismael Maposa denied influencing the Minister saying Maele did not elbow Kgatleng Land Board. “We applied to change of land use, and it was granted,” he said. Khato Civils was controversially granted change of land use by Kgatleng Land Board in April 2017.

However, his boss and owner of Khato Civils seemed to contradict this assertion. An elated Phiri heaped praise on Maele in a self-indulgent newspaper advert thanking the minister for expediting his application for change of land use despite the suspension.

“I must thank Minister Prince Maele. He has just come into a new ministry, and before he could even settle, he approves my application; I could never imagine his speed, considering how it took years before him,” Phiri was quoted in the media recently.

Reached for comment Maele declined to explain whether he played a role in speeding up the change of land use. “Go and ask him (Simbi Phiri) whether I was involved or not. I won’t answer anything from you at this stage.”

Kgatleng Land Board insists in yet another public notice issued last month that applications for change of land use would not be accepted for the next six months and those already granted are barred from undertaking any developments.

“Change of Land Uses shall also not be accepted at this point. This is to ensure that developments are not affected and to allow the plan to lead developments.” However, INK Centre has since learnt that the notice has since been withdrawn for unspecified reasons.

The flambouyant businessman with operations in South Africa has admitted to sponsoring some opposition and ruling party politicians in his native country. In Botswana he is under close watch of the Directorate on Corruption and Economic Crime (DCEC) for allegations relating to money laundering and influence buying.

When approached for comment Kgatleng Land Board refused to comment on Khato Civils matter insisting that, it does not divulge “customers’ application information with the media as there is a confidentiality principle between us and them” said Kgatleng land board Principal Public relations officer Chandapiwa Baputaki. Baputaki however denied the involvement of Maele in board its decisions.

INK Centre for Investigative Journalism produced this story. Go to our website: www.inkjournalism.org to see more of our stories.